PEN runs from place to place. Then they stop and offer an audience member the other end of a plastic tube. PEN starts a conversation with them. They speak only through the white tube.

Meet PEN, an athlete combining contemporary circus and visual arts. PEN is very interested in people and what they get up to. So much so, that PEN often comes to events and that people organize. The encounters with PEN are painted with black humor, occurring in the world of modern Tubing. Offline. PEN carries a plastic tube, which some might mistake for a hula hoop. PEN is at their best in random, awkward situations. PEN lives in an every-day life, where anything might happen.

The performance relies on human connection and addresses our ever-so-prevalent online communication culture. The objective is to make people meet each other offline – through the spiraling plastic tubes PEN carries around. PEN carefully weaves a web of communication between anyone who is willing to participate, finally leaving strang-ers talking to each other through the tubes, as PEN whimsically runs away. 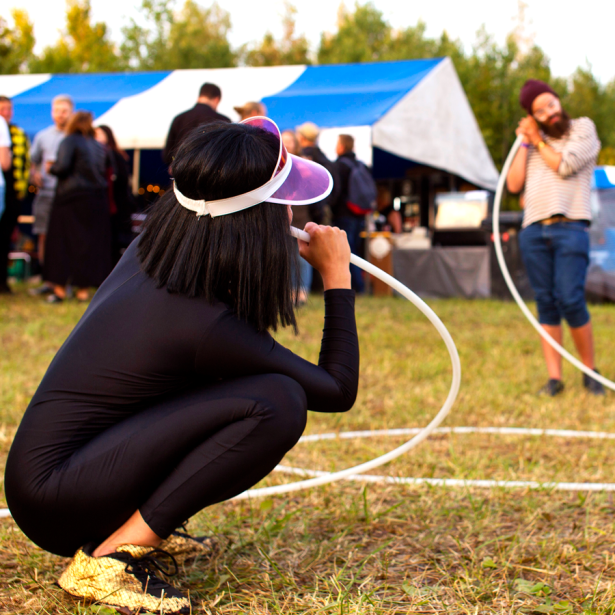 Recover Laboratory collaborated with Pyhimys, a Finnish award-winning rapper, to create an immersive performance aspect in three shows of the tour: respectively themed Winter, Spring, and Summer. Winter was performed in Jyväskylä at Paviljonki venue, Spring in Tampere-talo in the biggest concert hall of the Nordic countries, and Summer at Lapinkulta Red Arena at Flow Festival in Helsinki.
Miradonna Sirkka performed with aerial chains and hoop manipulation. 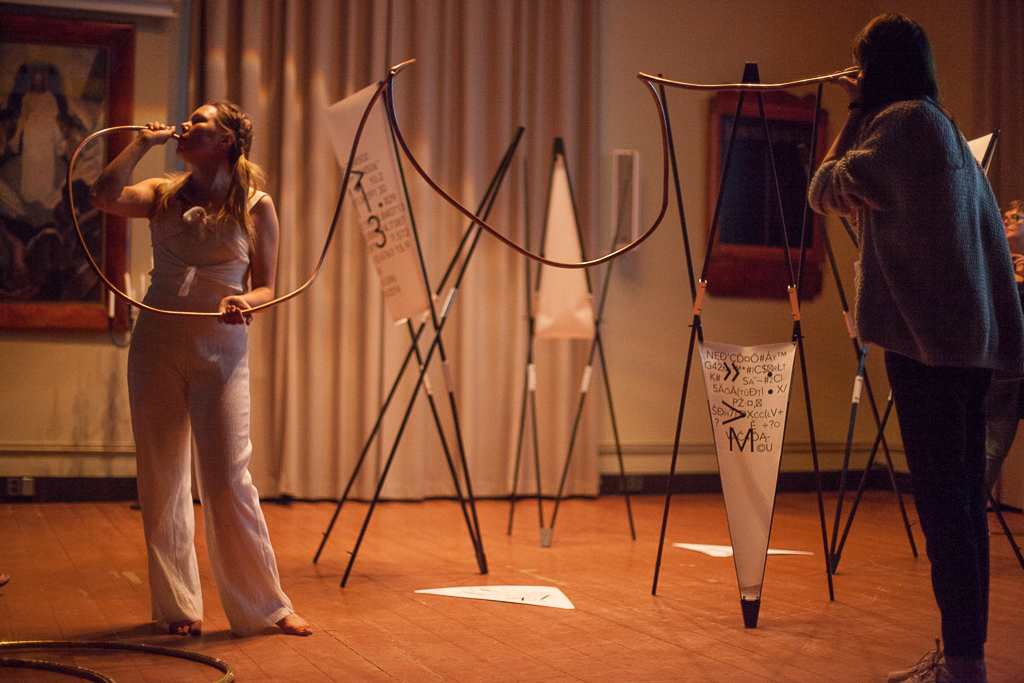 Kobenhavn International Theatre – Metropolis residency
Selected circus artists were working on a residency with a topic ”Balancing the city” for 3 weeks period. During the residency, Miradonna collected the sounds of Copenhagen. She interviewed people on the street with questions ”what are you thinking right now?” and ”what was the last thing you left unsaid”. Together with musicians Aleksi Kinnunen and Samuli Kivelä they made a sound piece that was used as a soundtrack for site-specific hoop manipulation performance. At the end of the residency, KIT organized a tour for site-specific performances. Gone Fishing was performed in a big sand field and an electric tower. Currently, the concept can be adapted to any city. 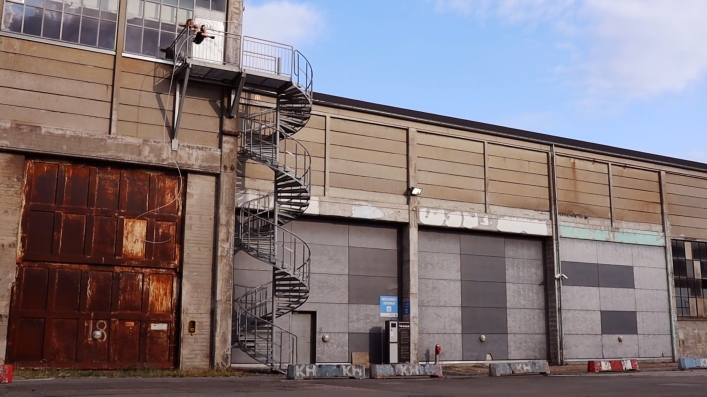